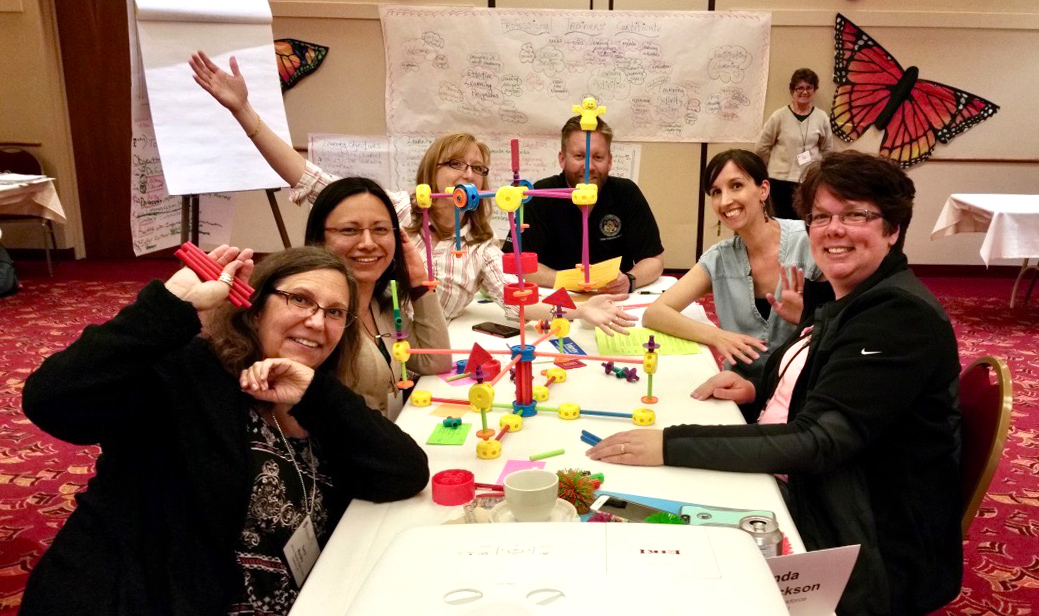 We’ve focused the past two Tips on kinesthetic objects. Three days ago, I had a wonderful experience with a kinesthetic learner.

I was auditing a Lighting Fixture Maintenance workshop for Southern California Edison to assess whether effective learning was occurring. This workshop was advertised as a hands on program. Before the workshop began, one participant (I’ll call him John) asked about other hands on workshops offered by Southern California Edison. I really didn’t think anything of the question. I just assumed that he was interested in very practical workshops on how to install, maintain, or fix energy-related items and appliances.

Then the class began. The room was set in classroom style and the tables were bare of any kinesthetic objects.

I sat right next to John and noticed that he didn’t participate in the banter, or offer answers to questions, or even ask questions. When pressed for a response, John would give a one or two word answer that was almost inaudible. He had no affect and no emotion in his face. He seemed supremely stiff, uncomfortable, and tentative.

After the second morning break, John asked when the hands on portion of the workshop would occur. He explained that he really didn’t learn by reading and listening. It finally dawned on me that John was a kinesthetic learner.

Caught without any koosh in my pocket book, I scrounged around until I found a wide purple rubber band. I gave John the rubber band and explained that it might help his ability to learn if he kept his hands busy. I suggested he just play with the rubber band during the rest of the class.

If I hadn’t seen it with my own eyes, I would never have believed it. Within a minute, John was animated, joking around, making constructive suggestions, answering questions, and completely engaged. The transformation was immediate and amazing! That simple rubber band enabled him to focus and participate.

When we broke for lunch, John thanked me and then carefully placed the rubber band in his materials so he wouldn’t lose it. The facilitator also encouraged him to hold on to the rubber band, since its effect on him was so positive!

At the end of the day, John shook my hand and thanked me profusely. He told me that he was going to attend a three day class that he had been dreading, because it was likely to be a lecture with PowerPoint. We discussed making sure that he had something to keep his hands busy. John left with a plan to buy something that he could squeeze in his hand, like the stress relievers they sell in drugstores.

Who knew that a rubber band could be such a significant learning aid?