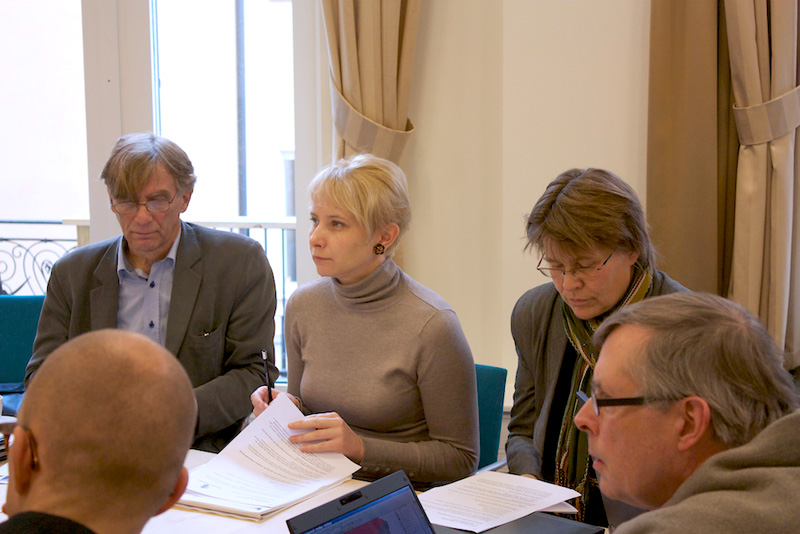 The third training decision category is what the trainer will do to facilitate the acquisition of learning. This includes group facilitation and stand up presentation activities.

The findings from an audit of the first three weeks of Motor Vehicle Services Specialist 2 classroom training will help to elaborate on the types of strengths and deficiencies I have observed in this category.

Motivation, or the learner’s intent to learn, is one of the most important factors in successful accomplishment. Dr. Hunter has identified six professional techniques which have high potential for increasing a learner’s motivation or intent to learn: (1) Level of Concern; (2) Feeling Tone; (3) Success; (4) Interest; (5) Knowledge of Results; and (6) Intrinsic-Extrinsic Motivation. Both instructors use many of these techniques very effectively. This week, we will review the first two techniques.

They lowered the level of concern by telling the trainees: “It will get easier;” “You don’t have to worry about prorating- the computer does it for you;” and “If you know how to register motor homes on a quarterly basis, you can do all the others- like tractors, etc.” They raised the level of concern by telling them that “This will be on the exam.” They also used graded exams and then explained the answers so that the trainees could check their own learning.

In the future, instead of telling the trainees that “It’s going to be more difficult,” the instructor could eliminate that forecast and organize the content in a building block approach that will facilitate the learning process.

The way a learner feels in a particular situation affects the amount of effort that learner is willing to put forth to achieve learning. Learners are most inclined to put forth effort to learn if they find the learning situation pleasant and if they anticipate they will be successful (a pleasant feeling).

The instructors created a very positive feeling tone for the group with their use of humor, informality, and personal accessibility both during and after class time. Some trainees stated that one of the instructors initially set the tone with his patience, humor, open rapport, and accepting encouragement that making mistakes is part of learning.

The auditor noted that this instructor was in touch with the non-verbals and physical needs of the trainees. When the room was very hot in the afternoon, he gave more frequent breaks. He also responded to the trainees’ interest in the computer terminals by ending the day with an opportunity for them to experiment with going on-line under the other instructor’s direction.

Several trainees told the auditor that other instructor was low key, approachable, explained things slowly and clearly, watched peoples’ faces to see if they were getting the information and stopped to work with them personally if she saw that they were not.

First, the instructor did not pick up on side conversations when he asked if everyone understood something. It would be helpful if he called on a trainee involved in such a side conversation and asked that person to tell the answer and apply the information to a specific question.

Second, the other instructor needs to assume more control and ensure that the class is listening to her. She used a soft voice to answer the question of one work group, only to be asked the same question of another work group somewhere else in the class room.

First, when the instructor gives his wonderful real life examples to explain information, he should use the flip chart to note the relevant dates and figures involved in the example or question. The more visual learners are unable to calculate figures very quickly in their heads.

Second, when the other instructor is introducing the class to the computer screen, it would be helpful if she had a graphic on an overhead that shows what the computer screen shows. She could then walk the class through each section on the screen and label it. Many of the trainees got lost and confused when she had them go on- line for the first time. (Note: This first on- line experience was not originally scheduled for that day, so it is possible that she would have done this given more notice).

It is important for the instructor to get everyone’s attention when answering questions or making points. There was an incredible amount of side conversation during the on line simulation. This made it very difficult for the class to know when to pay attention to the instructor because they frequently could not hear her at all.

She covered two points relating to the transfer of plates. By the time she got to the third point, small groups had started talking. She stated “Remember, this is important” but 75% of the class did not hear her.

At the end of the day, she did not get the full attention of the class even when she was making summary statements.

(Note: In response to the auditor’s question, the instructor explained that the trainees are adults and it is their responsibility to listen. )

Although the auditor agrees that the trainees should be held accountable for learning, it is also true that frequently the trainees who did not pay attention could not hear her and therefore had no way of knowing that they should listen to her at that time.