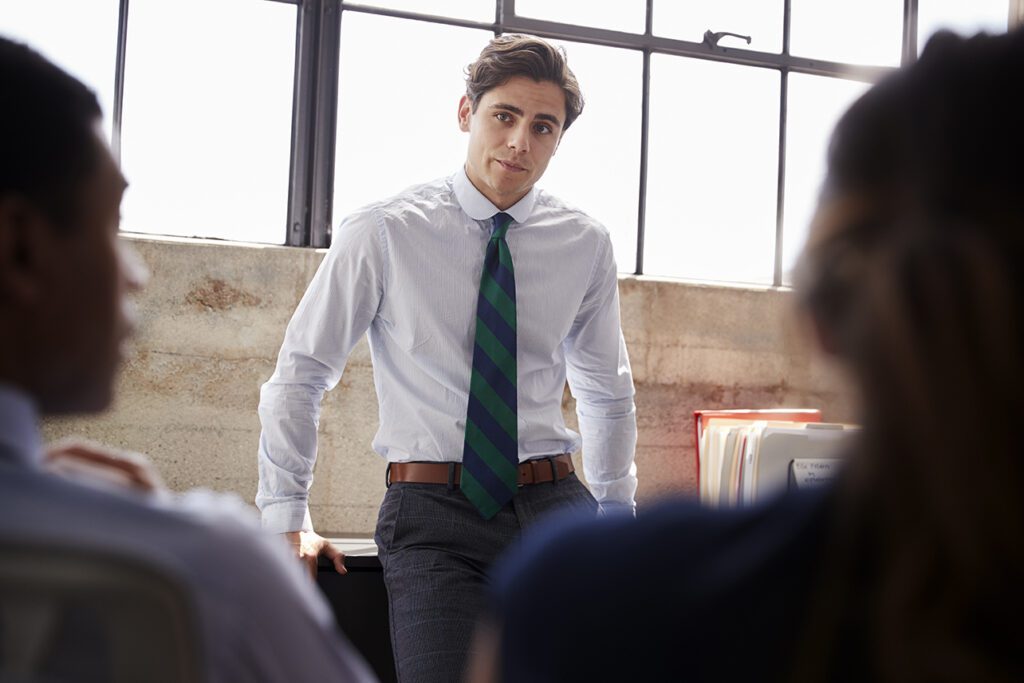 I probably should clarify that this tip pertains to saving your voice when you train a loud, noisy, exuberant group. It doesn’t really matter how many are in the group, although a larger group has the capability of making more noise.

Shouting is an option, but not the best option- particularly if you need to have a voice for the rest of the week or month. So here are a few items or techniques you can use:

I hate having an uneven number in a list!! Please, if you have other tricks you use to get people’s attention when they’re noisily engaged in an activity, let us know and we’ll print them in the next Tip.

In November, we published a Tip about the Theatrical Aspects of Training. Heather Kilpatrick, Senior Trainer for ASMG, recently sent this interesting note:

The study said that they attributed the improvements on testing to the improved engagement the audience (class) felt with the material thanks to the presentation skills of the actors versus the professors.”

Heather, thank you for this wonderful testament to the importance of presentation skills!

In our Tip last week on Saving Your Voice, I bemoaned the fact that the list of options had an uneven number. Lou Litchison, Program Evaluation, Hutchings Psychiatric Center, responded:

“Actually, depending on your perspective, odd numbered things can be just right. Most music students have scales to learn (8 notes each?), but drummers have a bunch of basic stick patterns to learn called rudiments, and many (not all) of those are odd numbered patterns – RLRLR – which can be fun and interesting and musical. And how about 3/4 time? Only three beats to a measure, but beautiful and very smooth! Even is nice, but so is odd!”Thanks, Lou! I will work on achieving a greater appreciation of odd numbered things. In the meantime, Heather satisfied my need for an even numbered list by adding a 12th option to save your voice:

“My personal favorite is to move to the center of the room and stand on a chair or table saying nothing until most of the group is watching to see what’s next. It works best with large groups or where the activities are loud and moving around. If they are all focused on a task and looking down, it takes a long while to work.”

Heather, thank you for this one. It gives me still another idea: If we’re going to stand on a table, we could tap dance… So now we’re up to 13 in the list. Thank goodness Lou told us it’s all right!

This week, we share a simple ice-breaker. This is particularly symbolic to many of us who have been experiencing lots of snow, ice, and frigid temperatures!